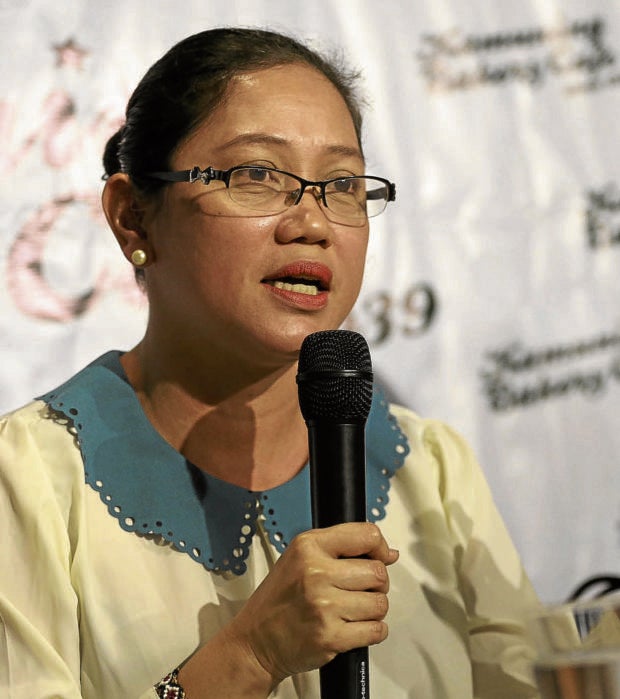 MANILA, Philippines — A party-list in Congress representing women has voiced concern over the possibility of amending Republic Act No. 9262 or the Anti-Violence Against Women and Their Children Act of 2004 to include male victims, as it supposedly trivializes the fact that most of the abused are females.

In a statement on Monday, Gabriela party-list Rep. Arlene Brosas urged lawmakers to reevaluate the proposed measure and instead support measures that would strengthen laws protecting women and children.

Earlier, neophyte lawmaker and Puwersa ng Bayaning Atleta (PBA) party-list Rep. Margarita Nograles revealed that she filed House Bill No. 1365 to amend R.A. No. 9262 as domestic abuse is not “an exclusive problem of women and children.”

“We urge our fellow lawmakers to reevaluate the proposed ‘ander de saya’ bill and instead join the call for the passage of much more relevant amendments to the Anti-VAWC Law like our proposed HB 403 or the Expanded Violence Against Women and Children Act which defines electronic violence against women and children,” Brosas said.

According to Brosas, there is no need to pass a new law specifically tackling abuse received by men as victims can easily file complaints for physical injury. She noted that the case for women subjected to domestic abuse and violence is different, especially in the Philippines, where misogyny is still rampant.

“Gabriela Partylist remains firm that there is no need to pass such a bill to protect husbands from alleged abuse from their wives as they can easily file a case for physical injury,” she said.

“Domestic abuse is about power and control. Therefore, in an abusive relationship, only one person can be the aggressor. And to be called an abuser, you have to have the upper hand in terms of social and monetary capital. In the Philippine society, where misogyny and sexism are rampant, men always have the upper hand,” she added.

If the Nograles’ bill is enacted, the term ‘partners’ will be included in Section 2 of R.A. No. 9262 — the provision that tackles who would be protected by the law. The said word and the male pronoun ‘his’ can also be found in several parts of the proposed amendments to R.A. No. 9262, like in what actions constitute domestic violence and who are subjected to physical and sexual violence.

Nograles hopes to protect men and the LGBTQ+ community — especially men called ‘ander de saya’- for being submissive as they experience societal abuse and discrimination.

“Though we claimed they’re included in every facet of the workplace, family, school, and social and political venues, they are far from reach, especially from our compatriots from the LGBTQI+ community and men who are still at this point severely limit in their exercise and enjoyment of the of these basic rights,” she said in the bill’s explanatory note.

Domestic abuse has been a problem plaguing the country, with numbers bloating during the pandemic as couples are forced to spend more time together due to stay-at-home protocols.

However, another facet of abuse also centers on men who have refused to talk about their experience of abuse due to the macho culture that pokes fun at submissive males. With reports from Andy Hoo, INQUIRER.net trainee