An estimated 26.14 million Filipinos will be living in poverty by 2021 and growing homelessness is a cause for concern in the country. 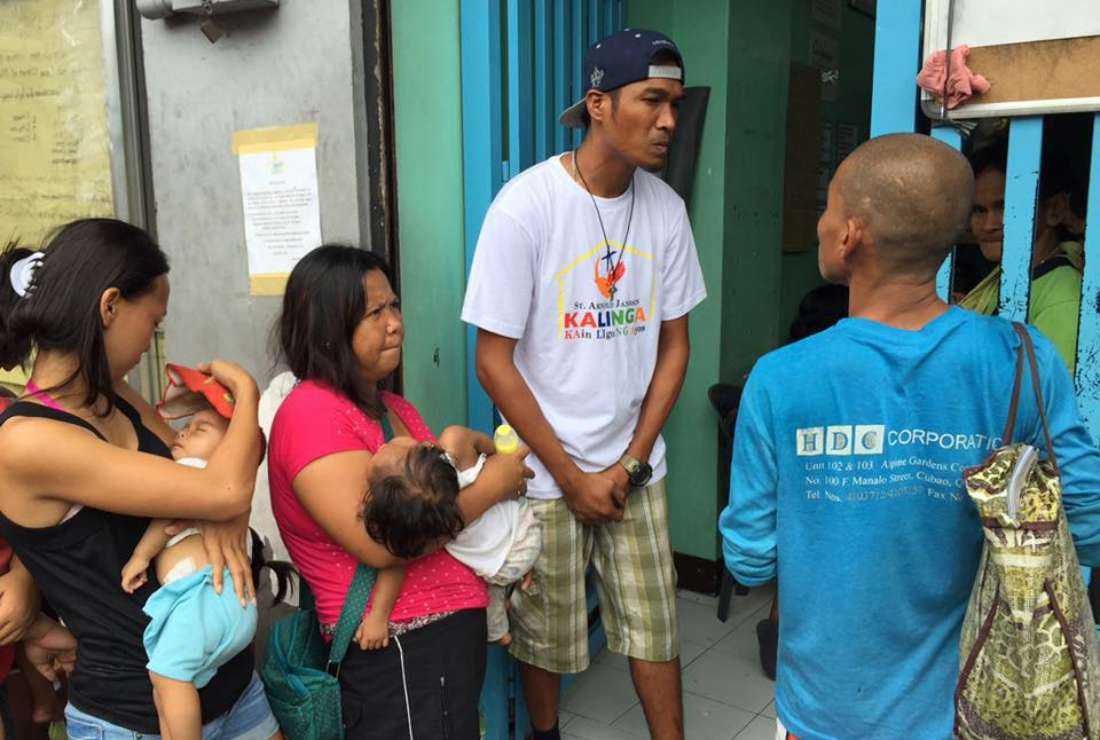 A Catholic center in the Philippine capital Manila has reopened its doors to allow the homeless and hungry to eat and bathe, ending a closure of more than two years due to the Covid-19 pandemic.

The St. Arnold Janssen Kalinga Center, managed by the Society of Divine Word, reopened on July 15, when pandemic restrictions were eased, attracting street residents and beggars.

“The Arnold Janssen Kalinga Center is reopening with stability … We were shut down by the police, the barangay captain and his colleagues in the early days of the Covid-19 lockdown,” said founder and Divine Word priest Father Flavie Villanueva to write on Facebook.

The priest said that even though the center was closed during the pandemic, the foundation reached out to support street residents with food packages in different parts of Manila.

“Our faith-witnessing with us engages us not to be paralyzed by fear, but to find new paths of mercy and compassion in re-creating and empowering the lives of the wounded and marginalized. This is what it means. of living in the ‘new normal’, ”added Father Villanueva.

The reopening of the center has brought fun to street residents who frequently visit the facility to get food and showers.

“Now that the center is open, we can go inside again not only to eat but also to bathe and use clean clothes,” said Arlyn Gambo, who visited the center several times before the pandemic.

Gambo said he stayed near the Philippine post office in Manila and also slept at the train stations when the center closed. He was forced to go to local food stores to take a bath.

“When the center closed, I slept on the stairs of the post office in Manila. I had to ask for food and I washed up at local fast food chains. But now that the center has reopened, I am happy that I can eat again and bathe there, ”Gambo told UCA News.

Founded in 2015, the center serves the homeless and the poorest of the poor in Manila by feeding and providing them with toilets and shower rooms where they can take care of themselves.

“We envision a society where nothing is left behind and the dignity of all people is upheld, secured, respected and celebrated. We want to recreate and empower the lives of the homeless and injured,” Father Villanueva told UCA News .

In 2018, Cardinal Luis Antonio Tagle, former archbishop of Manila, visited the center and had dinner with street dwellers.

Such services are important due to the fact that millions live in poverty and homelessness in the predominantly Catholic country.

The poverty rate rose to 23.7 percent in the first half of 2021 from 21.1 percent in the same period in 2018, according to the Philippine Statistics Authority. Approximately 26.14 million people in the country lived below the poverty line last year.

Homelessness is also a cause of concern in the country. Before the pandemic there were an estimated 3 million homeless people in Manila alone, the Guardian reported in Oct. 8, 2021.

The Philippines had more than 4.5 million homeless people by 2020, says a report from the Borgen Project, the global non-profit that fights poverty and hunger.