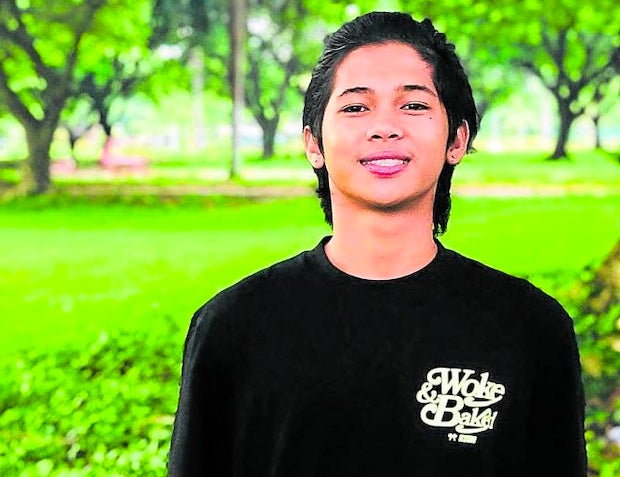 Amierkhan Mangacop was shot dead outside a bar in Davao City 21 days before his 20th birthday. (CONTRIBUTED PHOTO)

DAVAO CITY, Davao del Sur, Philippines — Amierkhan Mangacop, the 19-year-old student who was shot outside a bar by a police doctor here, was “a very kind and helpful child.”

That was how his uncle, Anwar Blao Mangacop, remembered the student as he spoke to reporters, in fluent Filipino and Cebuano, on Friday.

“We really believed he had a future in Davao,” the Anwar said.

The uncle had acted as Amier’s guardian since taking him from Maguindanao to send him to school here in Davao City.

“He was separated from his parents at a very young age because of poverty. My elder brother, Amier’s father, is too poor to send him to school, so I spent for his schooling,” Anwar said.

He said Amierkhan looked up to him because he made a better life here in Davao by sheer hard work.

When he arrived in Davao City in 1995, Anwar first struggled as a janitor and a messenger. Later on, he was able to start his own landscaping business.

“That’s how we earn a living,” he said. “Amier has been helping me in this landscaping business.”

“He is self-supporting. He has been saving a lot to help his father and mother. His dream is to become a seaman so that he can help not only his parents but also his cousins and his siblings because that child was really very helpful. He had a very promising future,” Anwar said.

Amierkhan who would have been turning 20 on July 23. But he was killed 21 days before his birthday.

According to the family lawyer, he was fetching his cousin from Lugar Cafe and Bar here at past 1 a.m. on July 2, when he was shot by a police doctor involved in a fight outside the bar.

Amierkhan had seven gunshot wounds in different parts of his body.

He was buried in Ampatuan, Maguindanao, following Islam tradition before sundown of July 2.

He was shot reportedly by Dr. Marvin Rey Andrew Pepino, a non-uniformed personnel of the Davao Police Regional Office (PRO 11).

Police earlier said a murder case had been filed against Pepino, but Amierkhan’s parents had asked the National Bureau of Investigation (NBI) to handle the case.

They did this following reports released by the police describing the shooting as an act of self-defense on the part of the doctor  —and this was even before police investigators could talk to the family of the student.

An NBI team from Manila who arrived here Sunday had already gone to the scene of the crime. They then traveled to Ampatuan town to ask Amierkhan’s parents to allow an autopsy on his body.

PRO 11 physician tagged in killing of student in Davao City