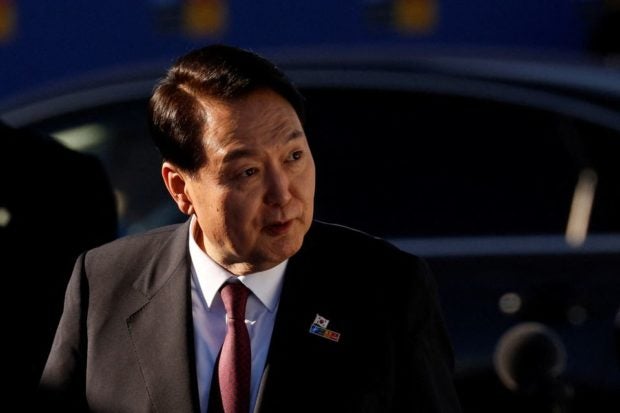 SEOUL — South Korea’s president will suspend informal media briefings he has held nearly every day since taking office in May, his office said on Monday, citing rising numbers of COVID-19 infections as a survey showed a fall in his approval ratings.

The end of the free-wheeling briefings, which broke with years of tradition as President Yoon Suk-yeol sought to step up transparency, also comes amid growing questions over scandal and party turmoil.

Yoon’s approval ratings stood at 37%, pollster Realmeter’s survey showed on Monday, down from more than 52% in the first week of June, while 57% now disapproved of his performance.

In its statement, Yoon’s office said other coverage of the president would also be limited, with spokespersons switching to mainly written comments, along with photographs and videos of his events, rather than holding in-person briefings.

“In view of the vulnerability to the spread of infectious diseases, we ask for your understanding,” it added.

Health authorities have warned the country is facing a new wave of infections, with some experts predicting hundreds of thousands of new cases in coming weeks.

After holding down infections and deaths for much of the pandemic with strict tracing, tracking and quarantine measures, South Korea dropped most curbs this year despite a huge wave of Omicron-variant infections.

Scandal has cost Yoon two nominees for a single ministerial position, a first in South Korea’s history, and ethics questions have plagued several other picks for top office.

On Friday, his conservative People Power Party (PPP) was forced to suspend its leader Lee Jun-seok, 37, over accusations of sexual misconduct in 2013.