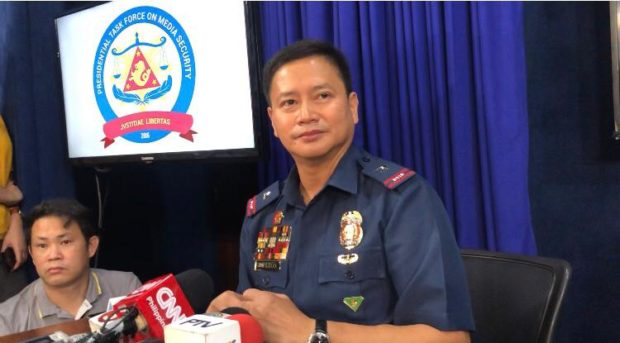 MANILA, Philippines — The Philippine National Police (PNP) has ordered its chiefs of police to coordinate with their respective mayors to ensure that air-tight cases are filed in every anti-illegal drugs operation of local police units.

In a statement on Monday, the PNP said Director of Operations Maj. Gen. Valeriano de Leon issued the directive to strengthen the government’s war on drugs.

“We need the assistance of the LGUs in order to strengthen our campaign against illegal drugs,” De Leon said.

“We have to replicate what our Secretary of the Interior and Local Government, Atty Benjamin “Benhur” Abalos, mentioned about the high conviction rate in the City of Mandaluyong,”  he added.

De Leon was referring to Abalos’ hiring of personnel at the Mandaluyong City Local Government whose task is to join drug raids.

This move, according to Abalos, was executed after noticing that there were cases relating to illegal drugs that had been dismissed due to technicality.

Agreeing with Abalos’s statement, De Leon said that the hard work and sacrifices of the police, which in some cases result in the wounding and even death of policemen, would be useless if the cases filed were only dismissed.

“If this is effective in Mandaluyong, then it would be effective in other parts of the country,” De Leon said.

(We only have one dream: To secure every street and community from drugs and protect our youth who usually get addicted to illegal drugs.)

According to Section 21 of the Comprehensive and Dangerous Drugs Act of 2002, the inventory of the seized drugs should be done in the presence of a representative from the media or the Department of Justice, and any elected public official, usually from the barangay.  Xander Dave Ceballos, INQUIRER.net intern

Abalos: Drug war to be ‘as intensive as before’