Catanduanes, 7 other provinces tapped to pioneer golden rice — The island of Catanduanes has been selected by the Philippine Rice Research Institute (PhilRice) to be one of the pilot testing areas for planting and growing golden rice, a type full of beta carotene developed by European scientists in the 1990s for fight vitamins. A shortage in children and pregnant or breastfeeding mothers.

Dr. said. Victoria Lapitan, director of PhilRice Bicol, that gold rice will be planted in the towns of Viga and Virac and farmers in these towns are “excited” to try the variety.

Catanduanes and Quirino in the Cagayan Valley region are the provinces chosen by Philrice to be the first place in Luzon to plant golden rice.

In the Visayas, Samar and Antique were selected, while Lanao del Norte, Agusan del Sur and Maguindanao were the pilot testing areas in Mindanao.

According to the PhilRice website, golden rice was first developed by professors Ingo Potrykus, then by the Institute for Plant Sciences of the Swiss Federal Institute of Technology, and Peter Beyer, of the University of Freiburg in Germany.

The technology was given to poor farmers in developing countries like the Philippines amid suspicions against genetically modified foods in the 1990s. But it was only in 2018 that golden rice received positive food safety evaluations from Food Standards Australia New Zealand, Health Canada, and the United States Food and Drug Administration, said PhilRice, an agency attached to the Department of Agriculture (DA).

As safe as conventional rice

In December 2019, the DA’s Bureau of Plant Industry declared golden rice “as safe as standard rice” following a rigorous biosafety review in the Philippines, the agency said.

In February, then Agriculture Secretary William Dar announced that 2022 would mark the start of massive production of golden rice seeds.

Glenn Peralta, science research specialist and field coordinator of the golden rice project at PhilRice, said they planted golden rice last week of June on a 2-hectare farm in Virac in collaboration with Catanduanes State University and Barangay Tambongon in Viga town. by the association of its farmers.

Lapitan said planting and cultivating gold rice is similar to cultivating common types of rice, and it will also mature within 110 days. About 40 kilos of seeds were used to plant the 1-ha farm and are expected to yield about 4 to 5 tons of grain, he said. “The taste and quality are no different from conventional rice. What is unique and different is the content of beta carotene, ”said Lapitan.

Beta carotene is a pigment found in certain plants, fruits and vegetables that gives them their yellow and orange colors. This pigment gives golden rice its yellow color.

Beta carotene becomes vitamin A that the body needs for good vision and eye health. It also helps in strengthening the immune system and maintaining healthy skin and mucous membranes.

According to the Department of Science and Technology Food Research and Nutrition Institute, vitamin A deficiency remains a public health concern in the Philippines.

Most affected are children between 6 months and 5 years old, and pregnant or breastfeeding mothers.

Vitamin A deficiency contributes to the high prevalence of undernutrition, anemia, blindness, and a weak immune system.

Share
Previous The daily number of COVID cases reached a 5-month high of 2,371
Next Globe’s 917Ventures has partnered with AC Ventures to explore business opportunities, grow the ecosystem 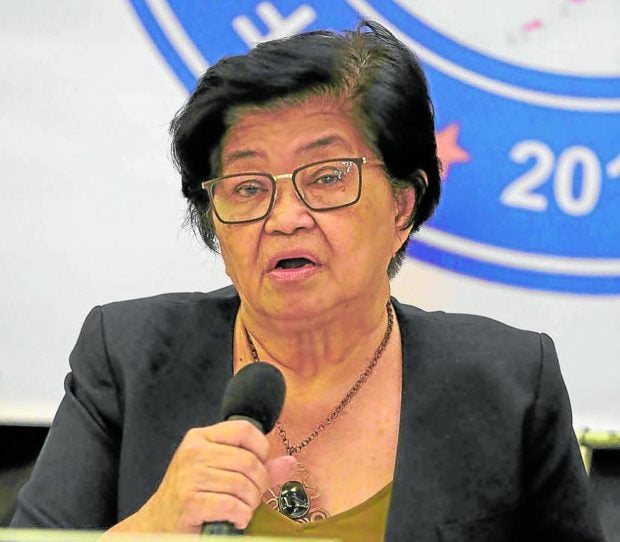 The government is looking at amnesty for communist rebels