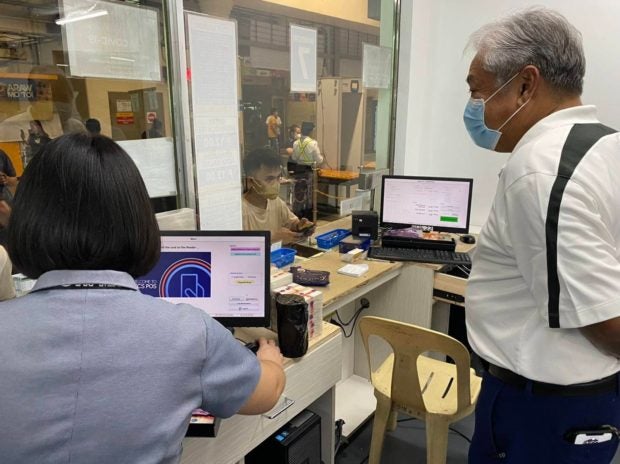 MANILA, Philippines — Ahead of the opening of in-person classes, the Department of Transportation (DOTr) on Monday said it had already started calibrating its transport programs to deal with the expected surge in passengers.

According to Sec. Jaime Bautista in a statement, these include ensuring the continuous implementation of the Service Contracting Program (SCP), Libreng Sakay Program, and the fast-tracking of the rationalization of public transport routes.

Bautista said he had also directed the immediate release of the P1,000 fuel subsidy to the target 617,806 qualified tricycle driver-beneficiaries as listed by the Department of the Interior and Local Government (DILG), as well as the full deployment of all 550 buses in the EDSA Busway, and the availability of equity subsidy as a down payment for the acquisition of modern public utility vehicles (PUVs) under the Public Utility Vehicle Modernization Program (PUVMP).

“We will coordinate our actions with concerned agencies such as the DepEd,
CHED, MMDA, LTO, LTFRB, PNP, AFP-NCR, DILG, IACT and others not under the DOTr,” said Bautista.

Meanwhile, Bautista also said that a meeting with the EDSA Carousel bus consortium and other concerned government agencies is being scheduled to accommodate the increased passenger demand due to the opening of in-person classes.

“We are also looking at accelerating the grant of franchise instead of just permits for buses on critical routes used by students such as Katipunan, Commonwealth, Recto Avenue,” he added.

The transportation chief then assured the public that as long as strict health and safety measures are in place and followed by the drivers, operators, and commuters, there is a low probability of virus transmission in public transport.